The Oral History of the ‘Wayne’s World’ ‘Bohemian Rhapsody’ Scene

When it was originally released in 1975, Queen’s “Bohemian Rhapsody” was an oddity: A flamboyant, operatic, tempo-shifting epic that felt like several songs fused together. The band’s record company figured the nearly six-minute song was too long for the radio and would never be a hit. They were wrong on both counts: The song was a number one hit in the U.K. and cracked the Top 10 in the U.S. But by the early ’90s the song had been mostly retired to a quiet life of occasional appearances on classic rock radio and little more.

Then, in 1992, Mike Myers used “Bohemian Rhapsody” as the rambunctious centerpiece of the indelible opening scene of the film, Wayne’s World, which had been adapted from a Saturday Night Live sketch of the same name, and gave the song and the band behind it an unprecedented second life. Wayne Campbell’s simple act of popping a cassette in the tape player of his friend Garth Algar’s AMC Pacer, not only returned “Bohemian Rhapsody” to the radio — it would eventually rise to Number Two on the pop charts, despite the fact that Queen lead singer Freddie Mercury died of AIDS less than three months before the film’s release — and made it a staple on MTV, it also introduced the song and the band to a new generation of listeners. The gleeful scene has become iconic itself, a cultural touchstone that’s been parodied, copied and celebrated almost since the moment of its release back in 1992. Here, the creative forces behind the scene and the beneficiaries of its influence tell the story of how all that happened and how it almost didn’t.

Mike Myers (writer, “Wayne Campbell”): I grew up in Scarborough, Ontario of British parents. I’d gone to England in ’75 with my family and heard “Bohemian Rhapsody” on the radio. We were obsessed with it. Me and my brother, our friends’ car was a powder blue Dodge Dart Swinger that had a vomit stain on the side of it that someone chiseled in the shape of Elvis Presley. We’d drive down the Don Valley Parkway, listening to Bohemian Rhapsody. We would time it to enter the Toronto city limits when the rocking part would kick in. I was “Galileo!” three of five. If I took somebody else’s “Galileo!” or somebody took mine, a fight would ensue. It’s just something that I always back-pocketed. Wayne’s World was my childhood. I knew only to write what I knew.

Penelope Spheeris (director): All of us, it was our first studio movie.

Myers: I wanted it to sort of reflect a kind of spirit, a time in your life before you had to do adult things and pay taxes and all that stuff. If the TV show was restricted to the basement, I wanted “Wayne’s World” the movie to be as cinematic and in the world as possible. I thought “Bohemian Rhapsody” would be a great way to introduce everybody.

Spheeris: I thought it was an odd choice because if you are headbangers that wouldn’t be your first choice to slam to in the car when you’re cruising.

Myers: The public had kind of forgotten about Queen a little bit. [Producer] Lorne [Michaels] was suggesting Guns N’ Roses—I don’t even remember the song—because at the time, Guns N’ Roses had a number one song. I said, “I hear you. I think that’s really smart,” but I didn’t have any jokes for a Guns N’ Roses song. I had lots of jokes for “Bohemian Rhapsody.” It’s just inherently comedic.

Spheeris: I don’t personally remember a big argument about the placement of Bohemian Rhapsody, but my guess is that I was probably pushing for Guns N’ Roses.

Myers: Lorne is a good producer. He just kept saying, “You’ll forgive me if I want to make this movie a hit.” [laughs] He was just testing my passion for it.

Lee Tergesen (“Terry”): When we had the first read-through there were just four guys in the car: Dana [Carvey], Mike, Sean and Michael DeLuise. But I went up to Mike after the read through and said, “If there’s any way I can be in the back of that car, this was my childhood. I grew up in Connecticut, rocking out in cars.” And literally, the next draft came out two days later and I was in the fucking back seat. It blew my mind.

Myers: Penelope is a very brilliant director. She’s fantastic. Just really smart, caring and very generous to me because God knows I didn’t know what the hell I was doing. In the olden days, they would have these tiny monitors but I could see her mouth underneath it. I ended up getting addicted to her laugh and her smile.

Spheeris: It’s funny because people insist to this day that the film was entirely shot in Aurora, near Chicago. They refuse to believe that any of it was shot in L.A. 95% was shot in L.A. But it was really hard to find a street in Los Angeles that was reminiscent of an Aurora kind of place. It was in [West Covina] where we shot it.

Sullivan: We pretty much shot it in sequence, at least the stuff I did, with them picking me up on the street. I’m trying to think if “If you’re going to spew, spew into this”—I think Dana improvised that. He found the little cup and just took the moment.

Dana Carvey (“Garth Algar”): Mike and I got to have so much freedom. A lot of times I would do some Garth shtick, like, “If you’re gonna spew, spew into this.” And Penelope would say, “If you can do it 10 seconds faster, I can keep it in the movie.”

Sullivan: We were in the car for a couple hours, just playing through the song. We had the song blaring.

Spheeris: By this time in the shoot, these guys all knew each other pretty well. The song, it’s got a very precise, consistent beat to it. So to find that beat and bang your head is not that difficult. A 3-year-old can do it.

Myers: Dana and I both suspect we actually may have hurt our necks doing it. There were just so many angles and so many takes. It needed to be well-covered to just get that tone right.

Carvey: I was 36 at the time, so doing that for four hours, it was brutal!

Spheeris: About halfway though, Mike is like, “I think we’ve got enough footage on this particular scene. And my neck is killing me.” And I’m like, “I don’t think so. I need to keep going here.” And he goes, “Alright, well I need some Advil.”

Spheeris: Mike was a sport about it. He kept going. But it was tricky to convince them. I’ll tell you how it resolved. Mike said, “Not only does my neck hurt and I think we’ve got enough footage, but I’m not so sure this is working and it’s very funny.” And I’m like, “I guarantee you it’s funny. It’s going to be a great opening scene.”

Myers: I was afraid that we’d pissed on a Picasso. As a well-meaning, twentysomething Canadian, I just wanted to be respectful to the song and honor it.

Brian May (guitarist, Queen): Mike Myers phoned me up and said, “We’ve got this thing which we think is great. Do you want to hear it?”, “Do you think Freddie would want to hear it?” Now Freddie was really sick by that time but I said, “Yeah, I’m sure he will.” Mike gave me a tape which I took ’round to Freddie and played to him. Freddie loved it. He just laughed and thought it was great, this little video. The funny thing was, we always regarded the song as tongue in cheek ourselves. If it would come on the radio, we would all be headbanging when it came to the heavy bit as well, us as a group. It was very close to our sense of humor.

Spheeris: Freddie Mercury was sick around that time, and before the film was even released, he passed away. I had heard that Queen was very thankful. There was a revival of the song and them.

Adam Lambert (singer): That’s how I first found out about Queen. In the U.K., Queen is such a part of the musical history. Obviously, they’re very popular in the U.S. as well, but for my generation, at that point, probably not quite as well known. I went to go see “Wayne’s World” with my father and my brother. Kind of a boys’ night out. I was 10. That scene is genius. I didn’t know Queen’s music at that point, but it resonated with me because it was so theatrical and silly. I said to my father, “Who is that?” And he said, “That’s Queen.” We got home and he pulled out an album and he played me some Queen. I thought, “Wow, these guys sound like the stuff that I like to listen to.”

May: That was a huge thing in the States. You’ve got two events there – you’ve got “Wayne’s World” and Freddie dying which, looking back on it, is the oddest thing and it did become a sort of rebirth for us in the States.

Tergesen: Now it’s like every movie has an homage to that scene.

Sullivan: It was just kind of a perfect scene. It felt like that at the time. The fact that it has turned into this cultural icon—I don’t think anyone thought that was going to happen. But it certainly felt like there’s something right about this.

Sullivan: It hit pretty big. Being associated with it, people were in awe. You’re part of something that’s this moment in time that everyone of a certain age is like, “This is my movie.”

Myers: It all just seemed so surreal. I didn’t even know they were going to release the film. The reaction was so unbelievable. It’s just one of the most satisfying moments in my professional life. 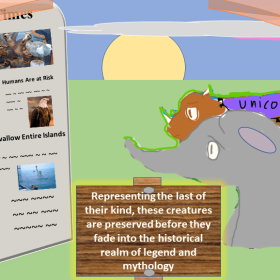 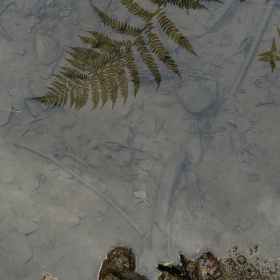